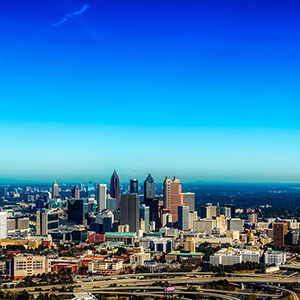 Experience the beautiful scenery, rich history, and vibrant cultures of the South on this southern U.S. tour that begins and ends in Atlanta with overnights also in Charleston and Savannah. Also enjoy time in St. Simons Island, with its unspoiled beauty and beaches, laid-back lifestyle, and charming communities.History comes to life during your visits to Atlanta’s Martin Luther King Jr. National Historic Site, where you’ll learn more about the man and his legacy; Charleston’s Boone Hall Plantation & Gardens, America’s most photographed plantation and where you’ll tour the mansion, see the slave cabins, and visit the beautiful gardens; and Savannah’s American Prohibition Museum, bringing the roaring 20s to life. In Charleston, Globus has included a special Gullah luncheon, where you’ll learn about the rich history and culture of the Gullah people, the descendants of slaves who lived in the low country. Enjoy a horse-drawn carriage ride through the narrow, oak-lined streets in picturesque Beaufort and sightseeing trolley tours in both Savannah and Jekyll Island. Of course, no southern U.S. tour would be complete without sampling the flavors of the South. In Atlanta, Globus has included dinner at Pittypat’s Porch, where you’ll be immersed in southern atmosphere as you savor traditional southern cuisine. Globus has also included another special treat…a festive luncheon at the Jekyll Island Club, once a retreat for some of the world’s wealthiest families, such as the Vanderbilt, Rockefeller, and Morgan families.From the traditional southern food to the picturesque scenery and rich historic opportunities, this southern tour is a vacation of a lifetime!

Located in Northwest Georgia, it is the capital of the state and its largest city. Atlanta was founded in 1837 at the end of the railroad line. Its original name was Terminus and was changed to Atlanta in 1845. During the Civil Was Atlanta was severely burned during General Sherman’s march to the sea. It was rebuilt after the was and became Georgia’s capital in 1877. Atlanta is now the home of numerous corporations and professional sports teams.

Capitol of West Virgina, whistle stop on the river cruise.

Prices are per person, land or cruise only, based on double occupancy. Offer subject to availability and change without notice. Some restrictions may apply. Please ask us for details.

Charges not included in the land vacation price: airfare to and from the start of your vacation; airline baggage fees including checked and/or excess baggage fees; Federal inspection fees for the Federal U.S. Customs and Immigrations; agricultural tax; other per person taxes imposed by government entities; applicable cruise taxes, fees, fares and port charges; passports; visas and vaccinations; transfers; tips to your Tour or Cruise Director, Local Host, driver, Local Guides, and/or ships’ crew; gratuities on ferries, trains, and cruise ships; laundry; telephone; minibar; alcohol, beverages, and food outside of the contracted menu as presented at a hotel or restaurant (these extra items will be billed to you before leaving the hotel, ship, or restaurant); additional excursions and activities not listed as ‘included’ in the itinerary; porterage at airports or train stations; Travel Protection premiums; and all other items of a personal nature.

Click on the buttons below to request a quote on this deal or contact us directly with further questions or comments.

Request A Quote Send To A Friend Have A Question? Contact Us

Send To A Friend

Please don't close or refresh the page while we are processing your submission
Please be patient, this could take a few minutes.